Most people only travel a few miles to their nearest convenience store to pick up a bag of ice — but have you ever stopped to wonder how many miles that ice has traveled to reach you?

The surprising truth: far enough to have a big impact on our environment. Transporting packaged ice from large-scale factories to stores is responsible for producing a staggering 1.3 million metric tons of CO2 per year. That’s the equivalent of consuming over 146 million gallons of gasoline.

Relocalize CEO & founder Wayne McIntyre is on a mission to decarbonize the food industry. He’s starting with ice, and a solution that stems from an unlikely source: shipping containers.

So far, Relocalize’s innovative model can cut up to 90% of road transportation and 50% of water waste associated with bagged ice — all while providing consumers with a longer lasting, better tasting product. 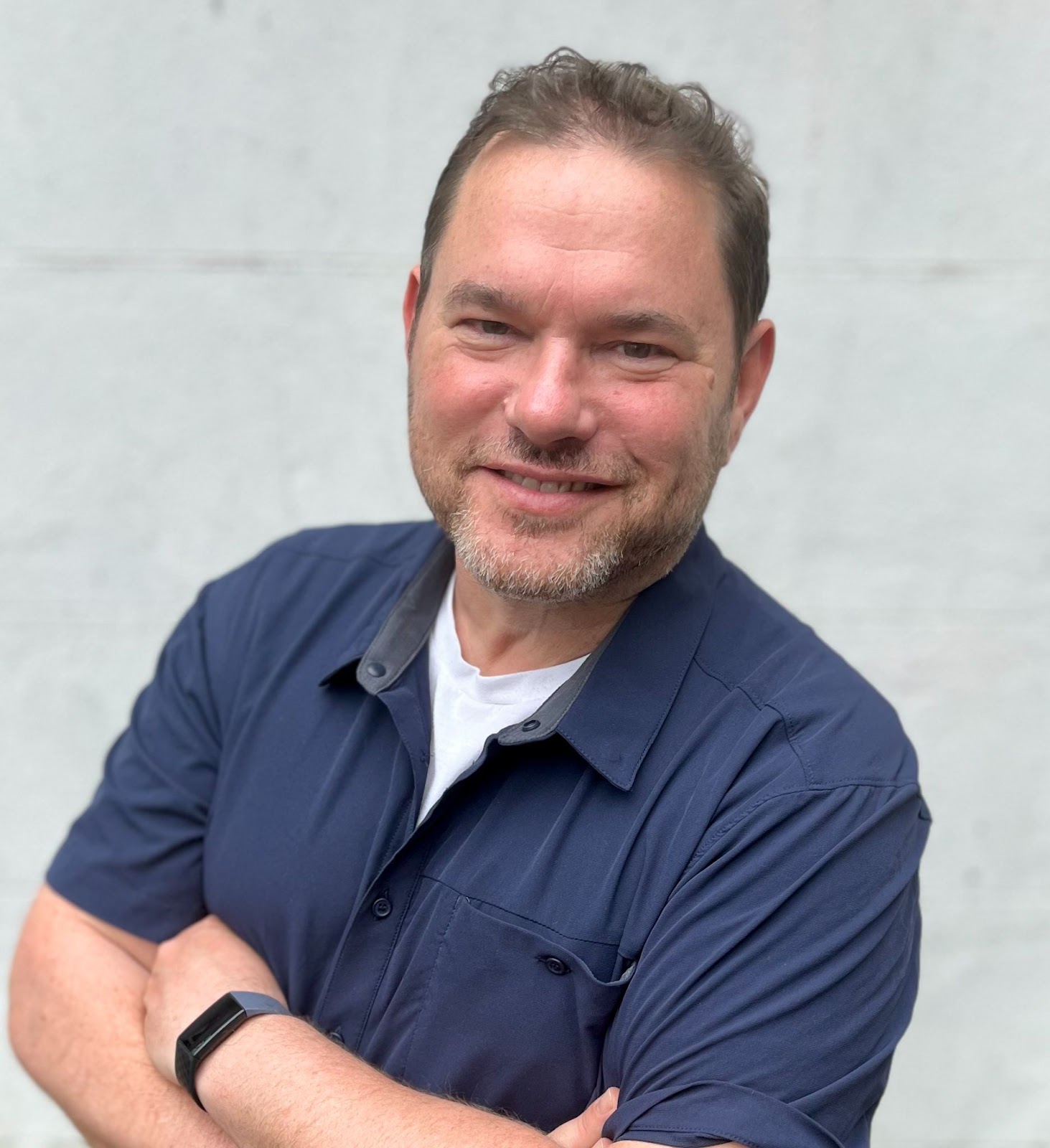 Before Relocalize, Wayne McIntyre held impressive tech positions ranging from startup investor to software CEO. But while his professional life veered towards technology, his personal passion has always remained in the realm of sustainability, decarbonization, and food stability.

Wayne is one of the few people who live a truly carbon neutral life. He’s currently rewilding several hundred acres of dilapidated farmland — a project that reduces his carbon footprint to net zero. He’s also been heavily involved in non-profits built around food advocacy and food security.

In 2020, Wayne found an opportunity to combine his professional experience with his passion for sustainability through Relocalize, a robotics startup that has created the world’s first automated food micro-factories from shipping containers.

The mission: increase the availability of high-quality packaged food while reducing its carbon footprint.

The Ice-Breaker for Food Localization

“Relocalizing food is something I’d been looking at for years, often in the form of agricultural tech,” said Wayne. He came upon an inventor who had created a new way to make packaged ice using robotic technology. It prompted him to analyze the ice and beverage market for the first time.

“It really blew my mind,” he said. “Ultimately, putting water on trucks when water is available everywhere is a really bad idea.”

His solution: Make and package the ice on-site at distribution centers. With a pre-seed financing round of $1.6 million USD, Wayne and the Relocalize team are set to launch their first commercial micro-factories for a major retailer in Florida.

Housed in outfitted shipping containers, the micro-factories will use robotics to make 1.6 million 10-pound bags of ice per year, reducing the product’s traditional transportation-related CO2 footprint by up  to 90%.

“We’ve been really fortunate to have CXO-level champions from the industry supporting us both financially and to build our business model. They helped us understand that this is something retailers are really hungry for,” he said.

Retailers have struggled the last couple of years with pandemic-induced cost increases and supply-chain issues. As a result, Wayne says it’s spurred an appetite to innovate and adapt to help mitigate these challenges in the future.

“Packaged ice is a prime example of the issue facing retailers today. The cost of packaged ice has gone up by 30% in just one year. That pricing is mostly tied to supply chain factors, like fuel prices — factors Relocalize completely eliminates.”

Relocalize’s micro-factories remove long-haul transportation from the food chain. They make it easy to produce packaged products on-site at grocery distribution hubs, instead of having to truck them in from regular factories hundreds of miles from the people who ultimately consume them. 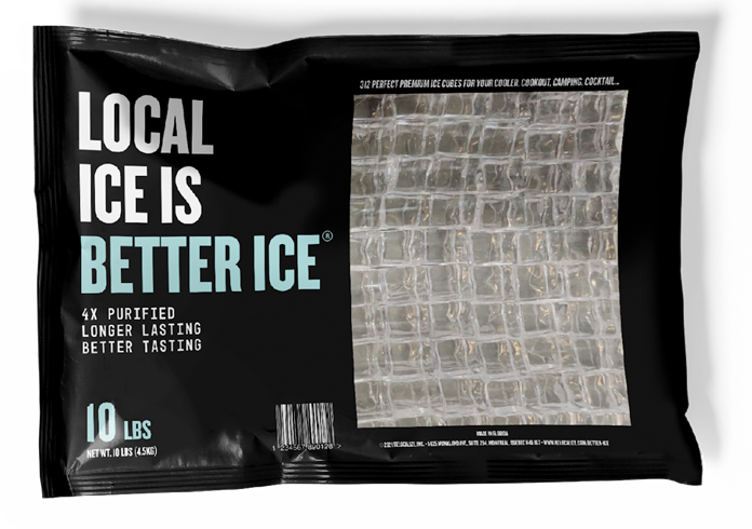 By eliminating traditional, high-cost supply-chain steps, the overall cost of Relocalize’s product is substantially lower than traditional packaged ice. The company plans to apply their model to other packaged foods, which could go a long way to addressing urban food deserts — developed areas with poor or unequal access to whole foods like fruits and vegetables.

Wayne is also working on developing Relocalize’s potential to deliver products straight to consumers, ideally on electric vehicles. “We call that the one-step journey from production to table. That's our goal — only a single step,” he said.

Relocalize inhabits an industry sweet spot — it’s not a full-scale factory, and it’s not a store-level vending machine. As a micro-factory, it exists at the perfect point on the value chain. It can afford advanced robotics and gets enough scale to maximize efficiency. As a result, Relocalize can outcompete the old-fashioned model of centralized production.

“There's this dogma that things that are bigger are more efficient. Actually, in the world today, things can be smaller and more efficient. We can break the rules because of the high cost of supply chain logistics,” said Wayne.

Make it Micro and Modular

Wayne believes modular micro-factories and agri-tech can play a huge role in revolutionizing the future of the supply chain.

“You take the whole value chain and squeeze it into one box. I really do believe that’s the future, where everything — from production, processing, packaging, palletizing, preparation to ship, food safety — happens in that container or in a group of containers, and then it goes directly to the consumer.” 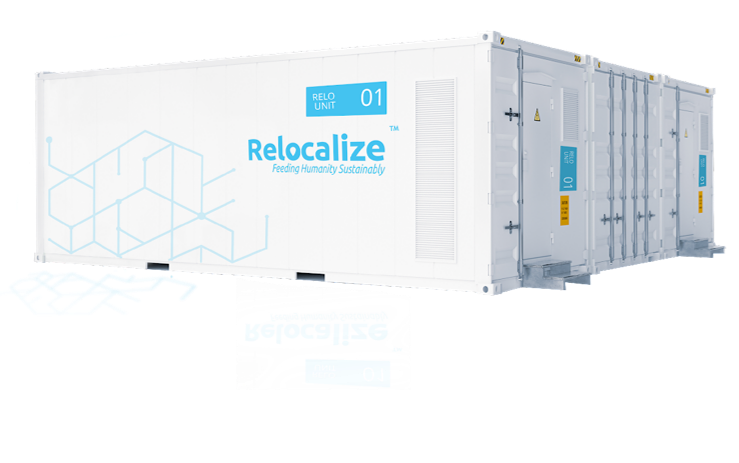 Relocalize exclusively uses one-trip shipping containers to house its micro-factories because of their mobility, deployability, and struc

tural integrity. They can work in any environment, support large refrigeration equipment, and are both air- and water-tight, which means they can be made food-safe with modifications.

“It’s nice to know that we're repurposing a system rather than building up from raw materials, and that fits with our personal company philosophy,” said Wayne.

While the world of micro-factories is growing, Wayne’s idea of a fully integrated, full value-chain micro-factory is relatively new. And while Relocalize is the first mover in that space, he sees a world of opportunity beyond ice and specialty beverages.

Wayne’s dream is to eventually pair distribution and fulfillment with processing and manufacturing. In five year’s time, he hopes to see Relocalize as the top supplier of packaged ice in North America, with plans to expand to the production of sustainable beverages and packaged foods.

He plans to deploy at more than 5,000 robots across his network of micro-factories to wage war on carbon.

We’re not saving the world yet, at least not on day one. But I believe that by focusing on water-heavy products, we can have a major impact on our carbon footprint.”

While the tiny home trend traces all the way back to the 1970s, its popularity has recently...
Read More

Shopping for shipping containers but don’t quite know where to start? You’re in the right place.
Read More

What to Expect From Your Shipping Container Delivery

The purpose of this guide is to make sure the delivery of your container is as smooth as possible....
Read More